The events of September 11, 2001, will forever be a solemn day in history. Marking the deadliest attack on American soil, Patriot Day honors the 2,977 people who lost their lives as a result of terrorism in New York, D.C., and Pennsylvania. In the twenty-one years since this tragedy, 9/11 has become a day of remembering the victims and striving towards a better and safer tomorrow. Read on to learn more about Patriot Day, the events of 9/11, changes on the world since, and how you can honor those we lost.

What is Patriot Day & National Day of Service and Remembrance?

Patriot Day is a national holiday in the United States, dedicated to commemorating the lives of those who died in the terrorist attacks on the World Trade Center in New York, the Pentagon in Washington, DC., and the plane crash of hijacked Flight 93 in Pennsylvania, on September 11, 2001. The holiday also recognizes those who died attempting to rescue people trapped or injured by the attacks.

By joint resolution on December 18, 2001, Congress declared September 11 to be Patriot Day. On this day all flags are to be flown at half-staff, and a moment of silence is honored at 8:46 am EST, the same time that the first plane struck the World Trade Center.

On April 21, 2009, Congress expanded on this holiday by also asking Americans to observe September 11 as a “National Day of Service and Remembrance.” 9/11 is now not just a holiday for remembering those who were lost, but also giving back to the community, volunteering, and helping those in need.

Below a brief timeline following the attacks on the morning of September 11, 2001.

8:20 am: Flight 77 takes off from Washington Dulles International Airport. 6 crew members, 53 passengers, and 5 hijackers are on board.

8:42 am: Flight 93 takes off from Newark International Airport. 7 crew members, 33 passengers, and 4 hijackers are on board.

9:05 am: President Bush is informed of the attacks and tells Americans, “Terrorism against our nation will not stand.”

9:37 am: Flight 77 crashes into the western side of the Pentagon in Washington, DC.

9:59 am: After burning for 56 minutes, the South Tower collapses. More than 800 people inside the building and in the surrounding area are killed.

10:03 am: 4 hijackers crash Flight 93 in a field near Shanksville, Pennsylvania after passengers and crew storm the cockpit, attempting to thwart their hijackers. The flight was intended to also hit Washington, DC.

Over the next several days firefighters, police, and other emergency personnel would sift through the rubble looking for survivors. A total of 2,753 people were killed in the attacks at the World Trade Center, 184 people at the Pentagon, and all 40 people on board the flight that crashed in Pennsylvania.

The months following the attacks were spent cleaning up the ruined buildings and recovering remains. It wasn’t until December 19, 2001, that all fires were declared extinguished at the World Trade Center site. On May 30, 2002, the last remaining column of the Twin Towers was removed, marking the completion of the major cleanup.

The 9/11 Memorial at the World Trade Center was dedicated on the 10th anniversary in 2011. The National September 11 Memorial Museum was opened on May 15, 2014. There are also memorials in Pennsylvania, where Flight 93 crashed, and at the Pentagon, and Arlington National Cemetery. Artifacts from the wreckage, including structural steel from the Twin Towers, were distributed to all 50 states and around the world to be included at memorials for those lost. Most of the artifacts went to fire and emergency response agencies in towns across the country, with many being in New York and New Jersey, as their residents made up the majority of those who perished.

The world saw many changes in the years after the attacks.

Honoring Patriot Day: how to celebrate

There are many ways you can honor Patriot Day and remember those we lost. Below are just a few ideas:

“Never forget,” has become the motto of Patriot Day, encompassing the raw emotion felt by the nation after the attacks, to push forward but always remember. On the 20th anniversary of the 9/11 attacks President Biden said, “Each year on this somber date, we remember the horror and bravery shown that day, just as we remember how we came together, united in grief and in purpose.” On September 11, 2022, we again vow to Never Forget the tragic events of 2001, but always strive for a brighter, safer future. 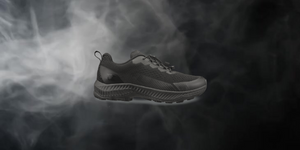