Types of Emergency Services: what they do 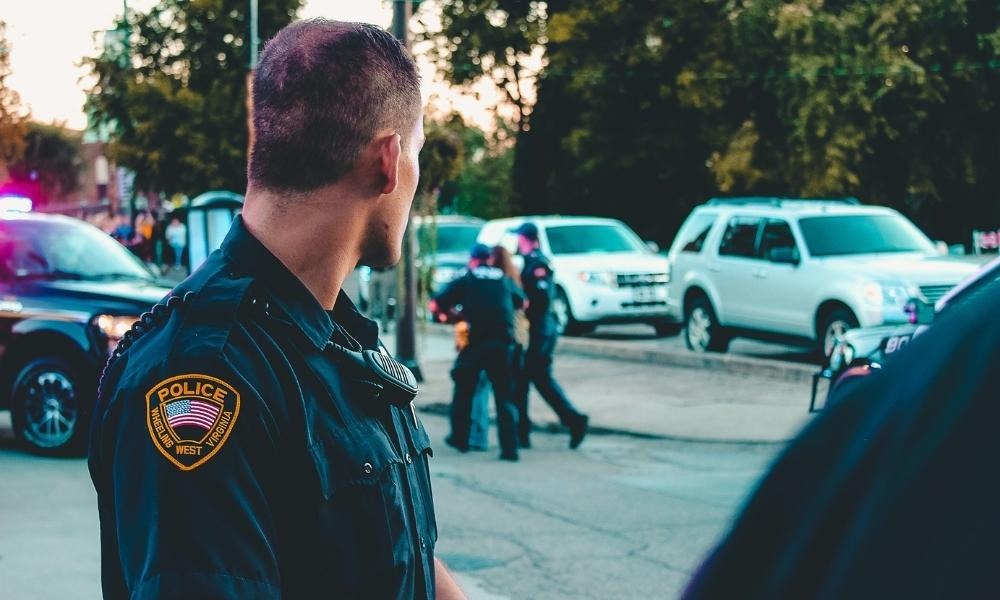 Types of Emergency Services: what they do and how they keep you safe

First responders have some of the most difficult and dangerous jobs, but they are also some of the most important. Protecting and saving lives, these public safety personnel seem to function seamlessly. They arrive quickly, they know how to handle any situation they encounter, and they’re willing to put themselves in harm’s way to save a life. But what most people don’t realize is just how much goes on behind the scenes. Read on to learn about how police, fire, and EMS first responders aid in emergencies, how 911 functions, and how emergency services developed in the US.

Police & how they respond to emergencies

Police, also known as law enforcement officers, are the people who respond to any kind of unlawful activity, as well as any other emergencies. Most often, regardless of whether or not firefighters and EMS are also sent to a scene, police officers will always respond to an emergency. In addition to apprehending and arresting criminals, police also assist victims, and document situations. They can also take over on-scene management, directing other first responders, calling in additional units if needed, and keeping the public safe.

Depending on the location, size of the city, and needs of the community, there are several different types of police that may oversee a jurisdiction.

Police serve at all levels of the government, and their goal is to “protect and serve” their communities. In smaller communities, police officers will juggle many different roles and responsibilities, while larger cities may have specialized departments for specific emergencies, such as Narcotics, Homicide, Special Victims, Special Weapons and Tactics (SWAT), as well as K-9 units (for more on K-9 units check out our previous article). 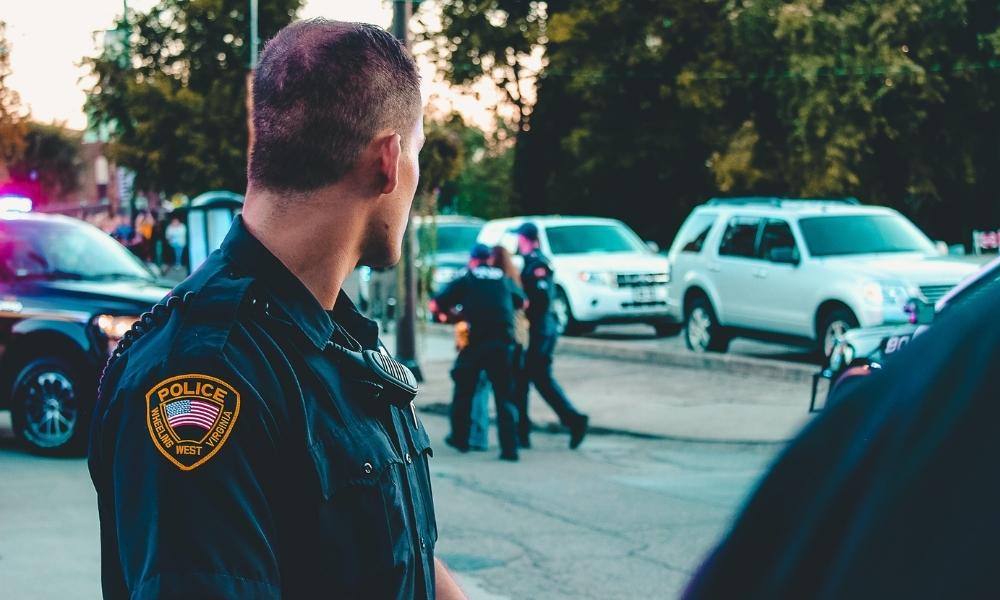 Firefighters & how they respond to emergencies

Firefighters also work for local, state, and federal governments, though they can also sometimes be found in education settings, hospitals and healthcare centers, and other support services. Firefighters are often unpaid volunteers, but in major cities they can be career positions.

In addition to extinguishing fires, firefighters also respond to biological and chemical threats, as well as aiding in technical rescues, public safety and medical emergencies, natural disasters, and terrorist attacks. They also promote fire safety and inspect/enforce fire safety standards. But the four primary duties of firefighters are:

Once firefighters are notified that there is a fire in progress they will quickly put on their fire-resistant protective gear and board or drive a firetruck to the emergency scene.

There are several different kinds of firetrucks, including trucks that can carry or pump water, or trucks that have an extended “aerial ladder” to reach upper floors of buildings. Each firefighter has a specific task to perform at the direction of a commanding officer, from hose operators to tillers (those who direct the aerial ladders), to those who enter burning buildings to search for trapped or injured victims.

Firefighters also respond to car accidents, and act as rescuers after tornadoes, tsunamis, earthquakes, and other natural disasters. Nearly all fire squads require their firefighters to have EMT (emergency medical technician) training, so they may also treat wounded victims, or transport them to medical centers.

EMS & how they respond to emergencies

Emergency Medical Services (EMS) is a network that provides emergency medical care, but its structure varies significantly from community to community. EMS can be based out of a fire department, a hospital, an independent government agency (such as a public health agency), a non-profit corporation (such as a Rescue Squad), or a commercial for-profit company. They can be volunteer or paid positions.

EMS are trained to stop bleeding, treat burns, perform CPR, stabilize spine and neck injuries, as well as broken bones. Some can also perform critical care while the patient is being transported to the hospital, including administering IV’s and ventilators, and cardiac monitoring.

EMS typically work out of ambulances, which are required to be staffed with at least two workers with a minimum of “basic life support” training (such as an EMR). The most common pairing for an ambulance team is an EMT and Paramedic. While most ambulances spend their days on the road between emergencies and the hospital, some are staged in places where the risk of incidents are higher, such as ski areas, professional sporting events, and dangerous job sites. There are also airborne EMS operators, who respond to medical emergencies via helicopters.

It’s important to understand that police, firefighters, and EMS would not be able to save as many lives as they do if it were not for 911. Americans today are taught from a very young age that in case of an emergency they just have to dial 911 on the nearest telephone and help will be on the way. Children as young as two-years-old have been documented successfully calling 911 in a crisis. But that hasn’t always been the case. Before 911, you would need to know the phone numbers of the nearest police, fire, and EMS squads in order to seek help in an emergency. 911 was developed in the late 1960’s by the FCC, AT&T, and Bell Telephone, but the service did not spread to the majority of Americans until the 1990’s. Today over 99% of Americans (and Canadians) can rely on 911 to get help if they need it!

While 911 may seem simple, there are a lot of moving parts that the public generally takes for granted. When you call 911 you usually first reach a primary Public Safety Answering Point (PSAP). In most cases these offices are houses in police departments, and their staff are trained to handle law enforcement-related emergencies. If you call in case of a burglary or assault, these attendants are trained to walk you through the next steps.

Depending on the nature of your emergency and location, you may get transferred to a secondary PSAP, such as a fire department or EMS squad, who can talk you through those kinds of emergencies. PSAPs are swift and efficient; while the caller is talking, they are typing notes, sharing location data, and working with other staff to get emergency services sent your way.

911 calls are typically answered within 15 seconds of dialing, and depending on your location, the average time for emergency personnel to arrive is just 7 minutes. 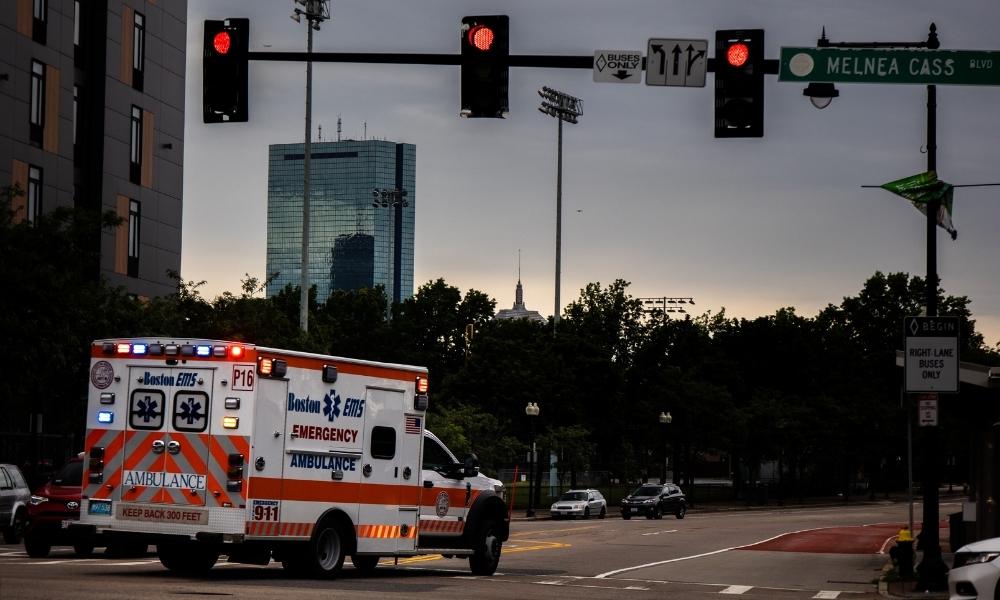 Emergency services have not always been as organized or available as they are today. Though versions of law enforcement, firefighting, and emergency medical care have been around for as long as laws, fire, and medicine, organizations dedicated to these emergency fields emerged in America throughout the 18th and 19th centuries, and as recently as the 1960’s.

Law Enforcement has existed in many different forms throughout history. During the Colonial period in America policing was performed by many different groups including untrained part-time volunteers, local militias, and elected sheriffs. The very first sheriff’s offices were created in New York in the early 1600’s.

The first full-time dedicated police department was established in Boston, Massachusetts in 1838. Boston was a very important port city at the time and businesses wanted to ensure that their goods would be protected. Instead of continuing to pay for costly guards, the businessmen convinced the people of the city to invest in a public police force to protect its citizens as well as its commercial corporations. Organized police departments spread across the country throughout the next hundred years. Continually improving and modernizing, today’s police force is always growing and changing to adapt to citizens’ needs in the 21st century.

EMS can be traced back to the Civil War era in the United States, when ambulance teams were developed to assist regiments based on size. These original ambulance teams were trained to take care of battle wounds for their soldiers. Over time communities implemented their own systems to respond to medical emergencies.

The first civilian ambulance was used in 1865, in Cincinnati, Ohio. New York City claimed in 1869 that it would only take 30 seconds for an ambulance to be dispatched, with an ambulance surgeon and a quart of brandy for the patient! As modern medicine advanced, so did emergency medical response. But modern, coordinated EMS didn’t emerge until the 1960’s and 70’s, largely in response to the increasing number of motor vehicle accidents. Federal initiatives streamlined the emergency response process and put oversight and regulations in place.

In 1973, the EMS Systems Act established the first 200 EMS systems throughout the country, including standardized training for EMTs and other first responders.

Evidence of organized firefighting dates back to ancient Egypt, but firefighting in the US as we know it only dates back to the Industrial Revolution. Prior to that, fire brigades were privately owned, and were often in competition with each other.

The first firefighters to reach the scene of an active fire would claim the right to extinguish it, and then bill the business for the cost. But this process left a lot of room for error and disagreement. It also only pertained to businesses. Citizens would often form fire “clubs”, which were popular in cities such as Philadelphia, where volunteers would roam the streets and sound the alarm when they came across a fire, and then they would form a “bucket brigade” with those nearby to put out the fire themselves. But at the turn of the century, as the Industrial Revolution took hold in the US, the need for more organized firefighting became a necessity. The government began to oversee firefighting so that it could be regulated, consistent, and more effective. 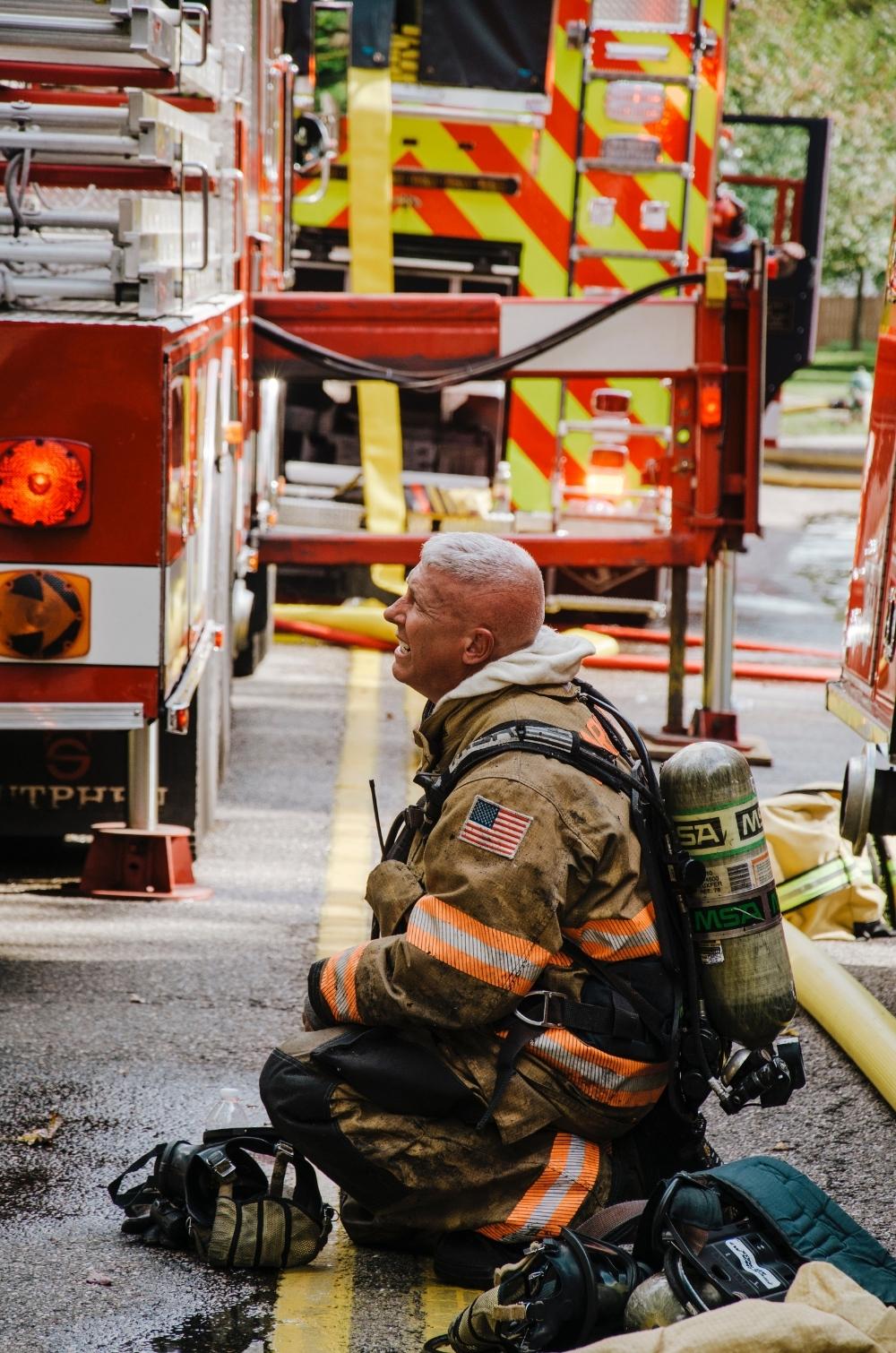 Facts and Figures about Emergency Services in US

At Garmont we appreciate the difficult and important work that those in emergency services do everyday, which is why we created shoes designed specifically for law enforcement, EMS, and other public safety personnel. Our collection is created with the idea of keeping stability, speed, and comfort at the forefront. Whether you need a shoe to keep you quick on your feet, like the 9.81 HELI, a waterproof boot to keep your feet warm and dry, such as the T4 GROOVE G-DRY, or an 8-inch uniform-compliant boot, like the T8 LE 2.0, our collection has you covered! 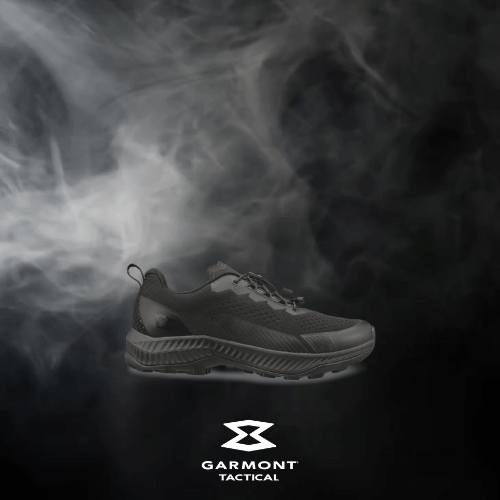 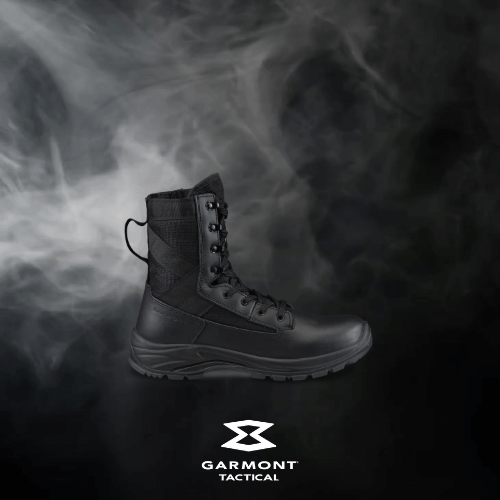