Veterans Day: What it is and how you can honor those who served 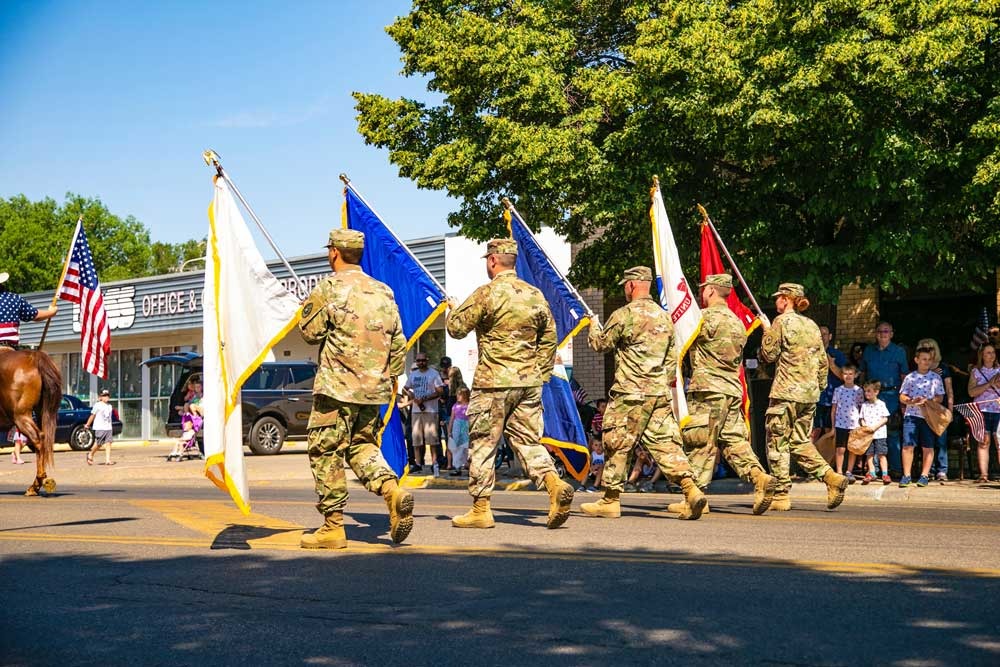 Veterans Day: What it is and how you can honor those who served

Veterans Day is a holiday to honor and thank those who have served in the Armed Forces of the United States. Each year on November 11, this holiday commemorates those still living who have retired from service, as well as those who have passed on, either in combat or after retiring. Dating back to World War I, Veterans Day has a long and storied history as a national holiday. Read on to learn about this holiday’s origins and how you can honor Veterans this November 11.

Memorial Day takes place on the last Monday of May each year and is a holiday just for those who have given their lives in service.

In 1918, on the 11th hour of the 11th day of the 11th month, an armistice was declared between the Allied Nations and Germany during World War I. While the end of the war, then known as “the Great War,” was not officially declared until the Treaty of Versailles was signed on June 18, 1919, it is the armistice date of November 11, 1918, that the public celebrated and considered the end of the largest conflict at that point in history.

On November 11, 1919, President Woodrow Wilson proclaimed the date at the first commemoration of Armistice Day. People celebrated with parades and public gatherings, and observed a brief pause in businesses and schools at 11:00 a.m. In 1921, Armistice Day was commemorated with the burial of an unknown soldier from World War I at Arlington National Cemetery in Arlington, Virginia.

Though declared as a memorial date by President Wilson in 1919, Armistice Day had not yet become a national holiday. Over the next several years, the American public continued to celebrate and honor World War I service members, and by 1926, 27 state legislatures had made November 11th a legal holiday. On May 13, 1938, a Congressional Act was approved that declared November 11th a national holiday and called it, "a day to be dedicated to the cause of world peace and to be thereafter celebrated and known as 'Armistice Day.'"

In 1954, following World War II and the Korean War, Congress amended the Bill to replace “Armistice” with “Veterans,” so that the holiday would include all Veterans of wars that the US had fought in. The holiday has been known as Veterans Day ever since.

Veterans Day in the USA

Veterans Day in the USA continues to be a day of historic and patriotic significance. Each year, the current president of the United States gives a Veterans Day Proclamation, honoring those who have served and reaffirming their support of US Veterans. Every year there is a ceremony held at the Tomb of the Unknown Soldier at Arlington National Cemetery, honoring those service members who were lost and remain nameless to us. Two minutes of silence are now observed at 2:11 p.m. EST, coordinating to each time zone across the country.

Communities will often organize their own tributes to Veterans. Some communities will line their main streets with images of local Veterans, while others will organize volunteer drives, speakers, and much more. Keep reading to find ways that you can honor the veterans in your community. 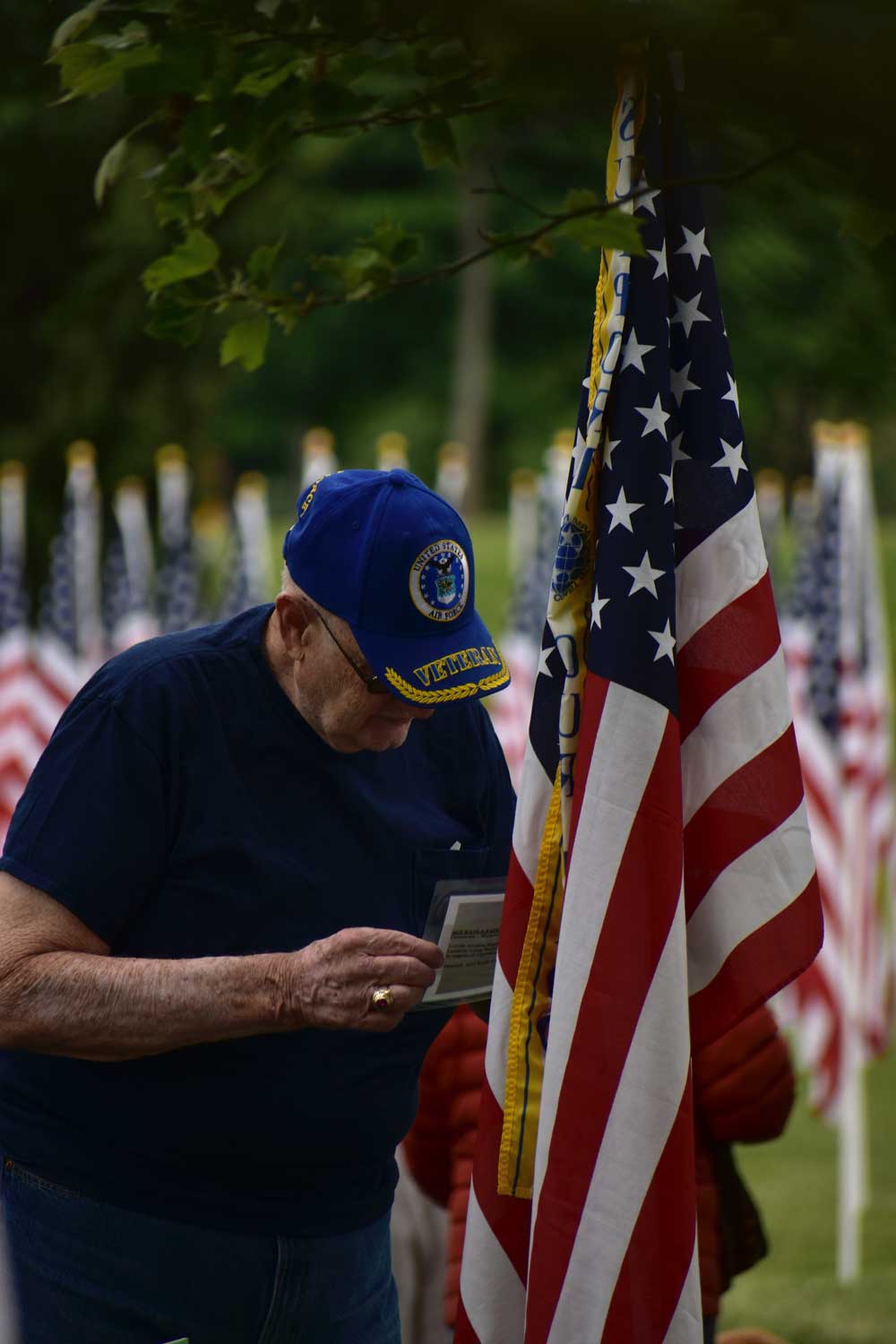 Veterans Day Around the World

Memorials for the end of World War I are not just a US tradition, but one observed by all countries that were part of the Allied Nations, including Britain, Canada, Australia, and France.

In Canada, Australia, and France November 11 is observed to honor Veterans of World Wars I and II, though in Canada it is called Remembrance Day, and commemorates fallen Veterans of all wars.

Britain also observes Remembrance Day, though their holiday falls on the second Sunday of November. In Britain and its Commonwealth countries, as well as throughout many countries in Europe, it is common to observe two minutes of silence at 11:00 a.m. on November 11, coordinating with the time and date that armistice was called during World War I.

Here are some interesting facts that you might not have known about Veterans Day:

If you want to pay your respects to Frank Buckles, you can visit his gravesite at Arlington National Cemetery.

How to Honor Veterans

There are many different ways you can honor local Veterans, so it’s always good to check and see what events your community might be putting on to celebrate local servicemembers. Here are a few other ways that you can thank Veterans for their service:

Donate to a Veterans’ Charity or Veteran Service Organization

There are many different Veterans’ charities and Veteran Service Organizations (VSO’s), so we recommend researching which ones might be tied to your local community, or are the most in need of a donation.

Participate in the VA’s #BeThere campaign

The #BeThere campaign is an effort by the Department of Veteran Affairs (VA) to raise awareness of the Veteran suicide crisis and redouble efforts to connect with at-risk Veterans and provide aid. You can find more information on how to get involved and raise awareness on the #BeThere website: Don't Wait. Reach out. (va.gov)

Many nursing homes or assisted-living facilities will sponsor parties or services to honor their Veteran residents. You can contact your local nursing home and see how you can participate, or offer to organize a celebration if they don’t have anything planned.
You can also donate baskets of goodies or comfort items to be given to the resident’s Veterans.

Volunteer at your local VA hospital

VA hospitals are always in need of volunteers, whether to spend time with Veterans, help nurses, or simply distribute coffee.
You can also donate to the hospital’s “Wish List” of items needed.
Organizations like Soldiers’ Angels have a very active VA hospital volunteer program and can help connect you to opportunities if you’re interested.

Many state parks and museums offer free entry on Veterans Day. This day is the perfect opportunity to learn more about American history and how these important events continue to play a role in our lives. Make sure to visit the park or museum’s website ahead of time to check on Veterans Day programming.

Wear a poppy or another pro-Veteran item

If you yourself are a Veteran, you likely have many items to commemorate your time in service, and now is the perfect time to wear these items proudly. Allow those in your community to be aware of your service, and connect with other Veterans through this simple act, if you feel comfortable.
For those who are not Veterans, wearing a poppy or an American flag pin, is a small yet meaningful gesture to remind others about the importance of this holiday.

Participate in the National Two-Minutes of Silence

Check your time zone and see when to observe the two-minutes of silence; it should coordinate with 2:11 p.m. EST

Visit a Veteran memorial or cemetery

One of the simplest and most common ways to observe Veterans Day is to visit and Veteran memorial or cemetery and pay your respects. You can leave flowers or small flags with the permission of the cemetery.

However you honor Veterans this November 11, we hope that you will take a few moments to remember their service and sacrifice. Here at Garmont, we support Veterans and appreciate all that they have done for our country. Happy Veterans Day and thank you again! 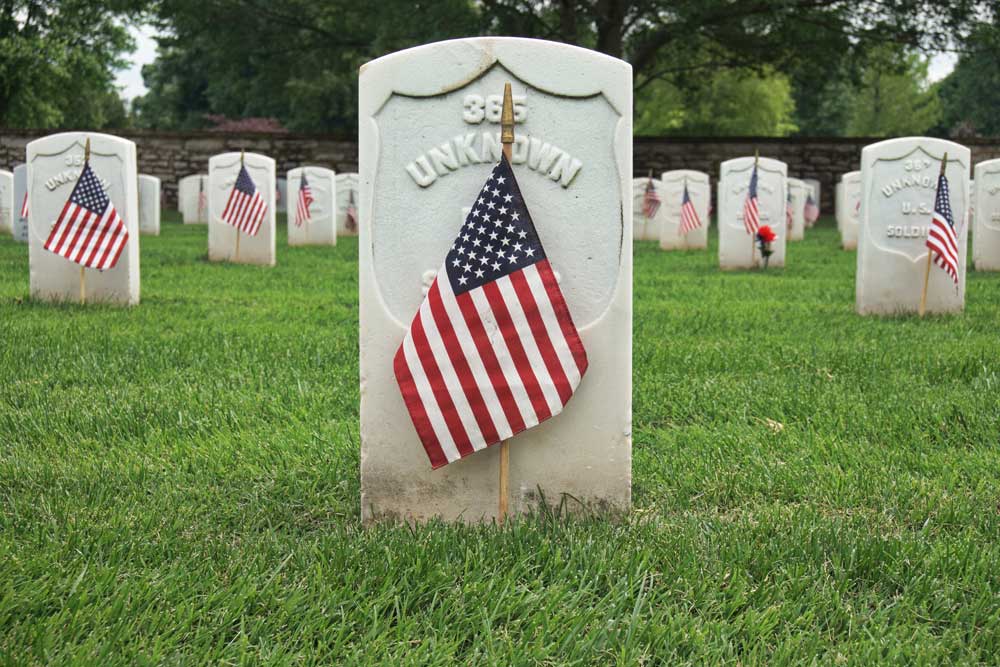 Our Tactical Collection, created specifically for the Armed Forces, was designed to withstand tough terrain and demanding field conditions without compromising on comfort.